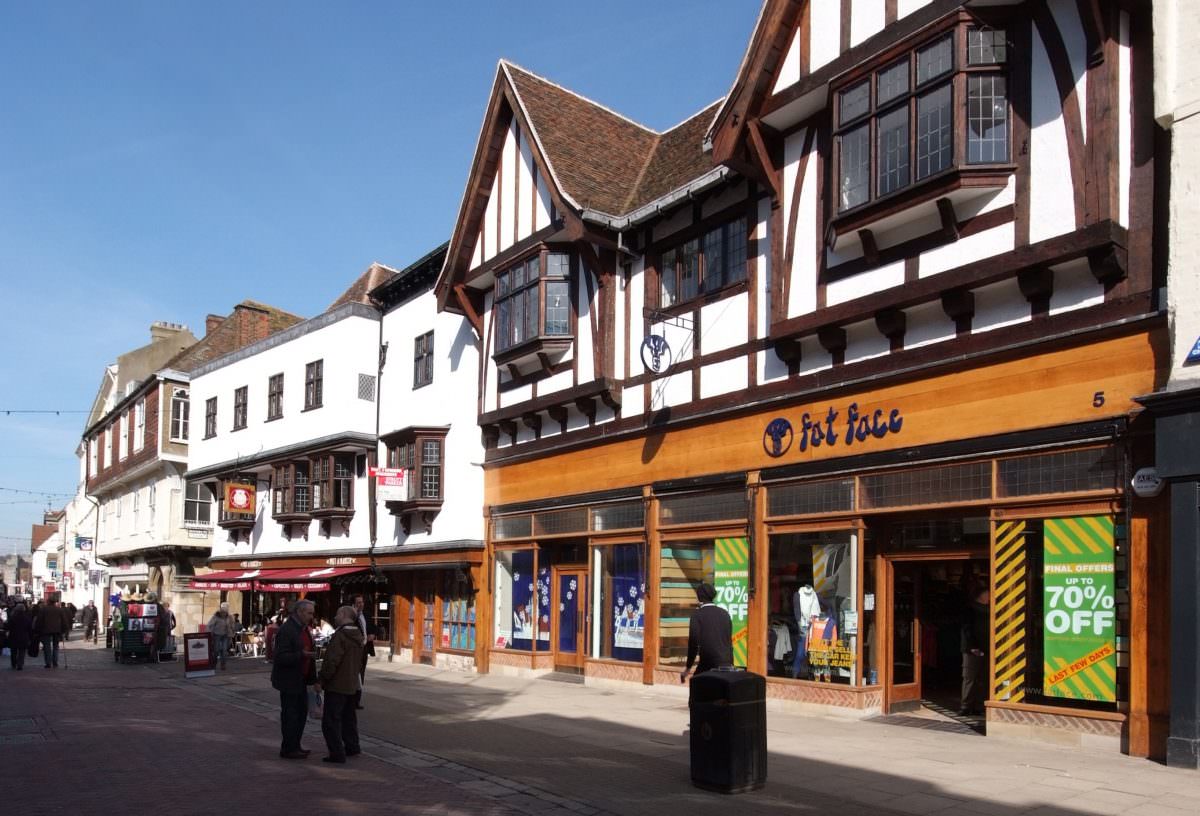 Parts of the building date back to the early medieval period and incorporates medieval and Tudor structural elements such as arched vaults and dragon beams.

Mercery Lane is of greater historical interest than many others in Canterbury; with the site situated at possibly the most important cross roads in medieval Canterbury.

The 3 storeys properties were built projecting over one another almost forming an arch above the street. Located just off the High Street and approaching Canterbury Cathedral the street is believed to have received its name from the stalls at which pilgrims, including members of the royal household and aristocracy, bought memorials of their visit to the city.

Considerable, yet sensitive, alterations were undertaking in converting these in part Grade II Listed buildings, formerly a Boots store, into a number of ground floor retail units and upper floor accommodation, including roof garden. The development provides Canterbury premises for well-known brands Fat Face, Cath Kidson and Pret A Manger.

Parts of the building, now named Mercery Court, date back to the early medieval period incorporates medieval and Tudor structural elements such as arched vaults and dragon beams. Major alterations were required to bring the property up to current Building Regulations to accommodate new stair wells, access routes and internal layouts.

The redevelopment of the historic buildings was recognised by the Canterbury Archaeological Trust, with particular praise for preserving historic sections of the building for future generations during its extremely complex conversion.

Trust director Paul Bennett said: “The result is an extraordinary successful development within what is now one of Canterbury’s better known and more fully understood historic buildings.”

of subcontractors were based
within 4 miles of this constrained
city centre development.

of subcontractors based within 25 miles.